In science and life, sometimes things happen that we cannot explain. Just a few hundred years ago most of what could not be explained was attributed to the supernatural. Thankfully a lot of that mystery has been peeled back, opening us up to bigger and more fundamental questions about the universe. Compared to areas like cosmology and particle physics, things like the human mind and consciousness remain relatively unexplored by science. This leaves some questions unanswered about our place in this expanding universe. In this post I explore and contrast some of my early religious spiritual experiences to my recent self-observations in mindfulness.

I grew up in a Christian household, going to church for as far back as I can remember. As a teenager I started attending a more charismatic church with some friends, which I will go into in a bit. After school I studied computer science and physics with a few other things thrown in. After university I also spent a year studying theology part-time. It was while studying theology that I realized I believed what I was raised to believe and I should look at both the religious and scientific alternatives to my world view. The Truth would of course hold up to any scrutiny. 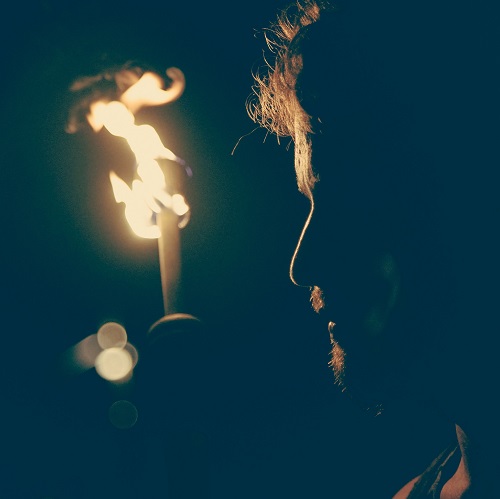 For those who have never been involved in this sort of thing it is hard to explain. A meeting at a charismatic Christian event usually goes something like this. The minister will open with a prayer and a reading from the Bible. We would then launch into around 40 minutes of "Praise and Worship". This would usually start as vibrant upbeat music and end off with more emotive music. These times would often correspond with feelings of joy and awe as it felt like the Holy Spirit was among us. They could often get quite weird for the uninitiated as people would laugh uncontrollably, jump around, and speak out in "tongues"(odd sounds that only angels and those gifted with the ability could understand). The service would then continue with a short sermon and then we would go into a period of "ministry". This usually entailed people coming to the front and being prayed for while the band softly played in the background. The weirdness of the "praise and worship" is usually overshadowed in this "ministry" time for those who are not accustomed to it. People would laugh and cry uncontrollably. People would gather and pray in "tongues" for each other. People would prophesize about the future of the people standing there, and probably most extraordinary to the uninitiated people would be those "slain in the spirit". This is a phenomenon where people would fall over backward and then either just lie there basking in the magnificence of God, maybe laughing at the wonder of it, or crying as you are overwhelmed, or convulse as demons flee before the Holy Spirit.

I wanted to give you a brief picture of what it is like to be in that setting. These few words do not bring the full reality of what it feels like to be involved in this. To those who have experienced it, the absolute reality of it is difficult to explain with anything other than the supernatural. There are of course psychological explanations for these effects but I instead wanted to look at them in light of a more recent experience... 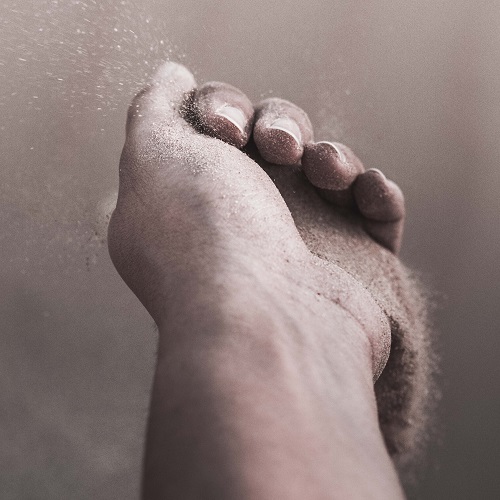 A few years back I started practicing mindfulness. At the time it was infinitely valuable in coping with a new job in a new city and a way more skeptical view of the metaphysical. This skepticism had a profound effect on my view of mortality which all of a sudden became very cognizant, causing a lot of anxiety. Mindfulness helped me come to terms with this using Maranasati. This is a practice where you contemplate and visualize the reality of dying, death, and all that comes after. To be clear, I did not have any dead bodies to look at. Only imagination.

I keep notes on sessions that stand out. Or just capture how I was feeling before and after my meditation. I also measure my heart rate variability (HRV) while meditating. I would like to compare the "spiritual" experience recounted earlier against more recent "no-metaphysics-here" experiences. Here is the quote from the notes after the experience I want to recount.

Started off stressed. Was a good session. At the end I started a weird feedback loop where I was aware of being a consciousness in my head and started an elation feedback loop that I could imagine getting quite... spiritual...

This was a strange experience to say the least. All of a sudden I really felt like I was observing my thoughts arise and disappear as I chose not to follow them. Not only that but after a while I felt like I had hooks into my mental state with levers attached that I could pull on. So I pulled. I cranked up my feeling of peace and euphoria and lo and behold I felt those things acutely. With absolute clarity of mind I was sitting cross-legged on my bed laughing wholeheartedly at the elation I was feeling. When I realized the weirdness of the situation I flipped the lever and turned it off. Let's take a look at the graph of my meditation at the time of this. Typically the graph drops down into the red by the 10 minute mark because after settling in for a few minutes I start a "loving kindness meditation" exercise. By the end of that I have moved into wishing happiness onto people who can sometimes aggravate me so things have gone downhill by this point.

One more thing to mention about the graphs. These graphs in themselves don't measure anything directly related to the mind. They are just a helpful indicator of calm and focus. For me personally a 7 is an extremely high level of coherence.

As you can see this feeling of peace and euphoria lasts less than a minute before I am shocked out of it. At this point I contemplate what has just happened. What was that? That reminds me a lot of metaphysical experiences I had at charismatic religious events. Can I control it? Although there are many similarities to the previous church experiences the obvious presence of mind and control was in stark contrast to those experiences. At this point my interest was piqued as to how much control I had of this experience, so I dove back in. Here is the graph continued...

I could reproduce it! As you can see this time I was not as easily scared off by the experience and allowed myself to linger in that state for a little while.

So what does this mean? I have been able to reproduce this on most of the subsequent times I have tried since then. This has not been very many times, as after the initial novelty wore off I didn't see too much value other than the insights that the experience gave me over the control I can exercise over my own emotions and state of mind. The euphoria generated from this is much the same as the previous religious experiences and the significance only slightly more. Much like the religious experience the transcendent nature of the experience quickly fades and leaves little impact after the feeling has passed other than renewed assuredness of the "reality" of the spiritual to affect the natural world. The meditative experience however did teach me something about the degree to which I can exercise control over my own emotions and give me a glimpse at what is possible at the extremes of emotion in a controlled and contemplative state. Of course maybe this is just another delusion but at least I am willing to entertain that possibility now.

I recently read Lawrence Krauss' The Greatest Story Ever Told...So Far and he does an awesome job of capturing the incremental nature of how science has built it's current edifice of knowledge over hundreds of years. This is in the realm of physics alone. Questions about the soul, consciousness, freewill, and morality tend to be ignored by science and fall to philosophers, mystics, religious leaders, and sometimes the odd psychologist. Neuroscientists and psychologists seem to be gaining more interest in answering these questions but the field is still young and hesitant to tread in the domain of the religious. That does not mean we need to wait for science to tell us how our mind works. We can start right now to explore it in a subjective way that can still possibly yield objective facts. Each mind is unique in many ways and although we all fall prey to the same biases to one degree or another we can start investigating the nature of those similarities and differences right now. Not only that but we can exercise the "muscles" of our mind and thus learn to exercise some measure of control over our thoughts.

If your interest was piqued by this post I highly recommend you read Waking Up by Sam Harris or if reading is not your thing (well done on getting this far) he has an awesome free podcast.